maso
Participant
quote Hilo hotrodder:
I am so stoked! That car has been an insparation for me all my life.I was with Jimmy Hicky one day and we went to a house in bronxville i think and that roadster was there . I was about 17, thoughtI knew it all, saw that car up close and knew I had long way to go. I knew the Gillette bros. I lived across the street from the Gaggiano’s .If I remember Pipi Paul and Steven all used to hang together as little kids. I also remember those guys from Gramatin Dodge beating my 64 savoy.

That house in Bronxville is where my brother and I grew up. One of the Gaggiano brothers is out there in Texas now with the Gillettes. Those guys didn’t know sh*t about Hot Rodding or Drag Racing though.

I wonder if you and I know each other, seriously.

About that Roadster. Sad story. My stoopid-ass brother soon turned it into a pile of junk. He bought that from Paul FitzGerald who had it for years up in Connecticut. It was a very well known car with articles about it in those small format “Rod & Custom” type magazines. He won class wins at NHRA in Street Roadster classes and actually took Top Eliminator wins with it up in New England. Paul also drove The “Tennesee Bo-Weevil” for Ray Godman at Indy for a while.

Paul decided in the 1990’s to somehow recover the car with want ads… He managed to find pieces of it scattered all over Long Island and New Jersey. Paul has faithfully re-created the roadster recently and has exhibited it at the Concours d’Elegance in California. There is a book out with a lot of detailed information about it, go see: http://coolcarssquarerollbars.com/index.html 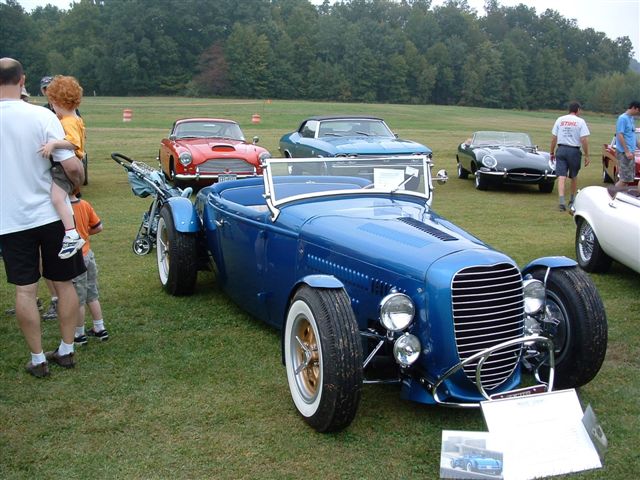